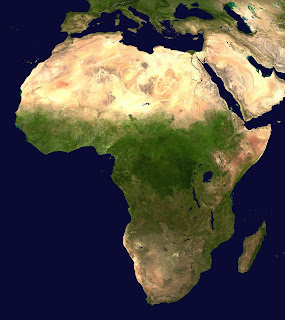 African artists are read most deeply, but with less diversity than North American/Carribean artists. European artists, though taught heavily in school, trail behind both. And Australia, sorry, you've yet to make a dent!

Surprising as I believed it will, the result has not only gone against my presumption of Africa topping each list. It has also narrowed the odds (and indeed, my thought) of Europe placing third. I thought Europe would, in both categories, go second after Africa by a slim margin. So where from North America and Caribbean? They've stolen the show! Well...I wont blame them. Their readership has influenced our love and perhaps our writing style to a honourable degree. It also tells me how far a poet's mind would travel for mentorship, given the liberty. Australia is a nice place, but it seems none of us is willing to take a trip there. True to Robert Taylor's observation, we are yet to make a dent. So, who goes first? Who would volunteer for two Kangaroos and a kiwi? On a serious note, I think we have to go places. Australia has some wonderful literature, born out of a rich culture. Trust me!

The difference in percentage is also something to be thought of....
...As we reflect on the figures, and imagine the tally of names behind our inspirational histogram, let us remember one inclusive gentleman who would forever be added to chapters of individual stories, and the celebration of the One Ghana One Voice magazine. Let us remember Kofi Awoonor.