In Memoriam: Nelson Rolihlahla Dalibhunga Madiba Mandela - An Essay and Gathering of Poems by Prince Mensah 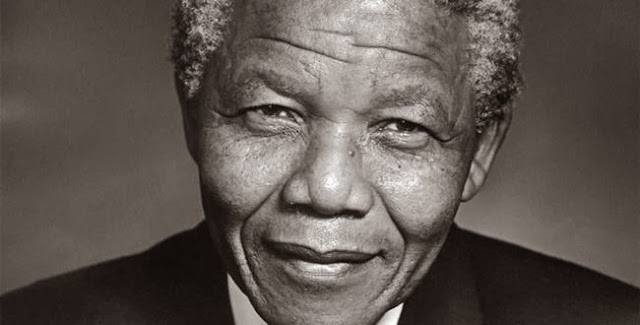 When you go Madiba your nobility shall be our lasting inheritance
this land you so love shall continue to love
we shall trail the long and majestic walk
your gallant walk shall be our cross and shepherd.

How can I start this? I am writing about the most important man in recent times. The world’s most famous ex-prisoner. 46664. The world’s favorite statesman. The world’s best example of personal triumph. My favorite African. Nelson Rolihlahla Dalibhunga Madiba Mandela. Activist. Freedom Fighter. Boxer. Lawyer. Lover. President. This man had seen and done it all. A man whose struggles were closely followed by the eyes of the world. A man who lost everything and got almost everything back. The closest man of our times to the biblical Job. What he went through should have deteriorated his view of mankind. Rather, it enhanced his ability to relate to people. What was done to him could have shattered his dreams but it invigorated him. In all recent examples of human success, Nelson Mandela stands out as valedictorian. He was not a victim with vendettas to fulfill; he was a victor with visions to implement. Mandela recognized the brevity and frailty of life; he put that consciousness to great use.

He also put his names to good use, fulfilling the Latin proverb, nomen est omen (The name precedes the fame). Rolihlahla means troublemaker, but not the type of troublemaker (like bullies and robbers) who torments his own community. Rather, it stands for being a thorn in the flesh, which Mandela was to the apartheid system. He lived to make injustice uncomfortable. As commander in chief of Umkhonto we Sizwe (ANC’s armed wing), Mandela made sure he undermined the efforts of the South African government in practicing apartheid. He could not countenance the rule of tyranny.

It is hard to believe that a man, who was larger than life, has passed away. However, death comes to us all as the Book of Ecclesiastes poignantly puts it. I vividly remember two days in my life as a young admirer of the freedom fighter Nelson Mandela. They were the day he was released from Robben Island (11 February 1990) and the day he was sworn in as President of South Africa (10 May 1994). In the eyes of this young African, these days were validation for all that Mandela had gone through on his long walk to freedom. I grew up, just as many Africans throughout the continent, following the travesty that was unfolding in South Africa. I was too young to remember Rhodesia (now Zimbabwe) but I recall the indignation with which my circle of friends broached the subject of apartheid. How on earth could strangers enslave indigenes of this beautiful land, on their ancestral earth? It did not make sense at all but again who said schism ever made sense? I watched with awe how Mandela brought blacks and whites together through his statements and actions. He was not bitter. He was not on a war path. He was on the path of change. Mandela met challenges headlong, disavowing both black and white extremists. The new South Africa had no chance if it allowed the yeast of malevolence to travel along into its future. Mandela inspired songs and poetry. He elicited respect. Yet, in spite of it all, he exuded humility. He was approachable. He was affable. He was admirable. Mandela was what Dennis Brutus stated in his poem, "I am the tree…",

To him, freedom was worth fighting for. It was worth dying for. It was the very premise of the human race. Without freedom, it was impossible to live fully and attain one’s potential. Mandela saw how other nations had stubbornly denied their own citizens their freedoms and how that denial had poisoned their body politic. He sacrificed a life of comfort under apartheid for a life of discomfort under freedom. His life is a confirmation that any battle waged in the name of freedom is not in vain.

His life was more beautiful than all the eulogies that will be written about him. Death, like the late Chinua Achebe said in his poem, "The Explorer", is


a rough
circular clearing, high cliffs of deep
forest guarding it in amber-tinted spell
A long journey's end it was though how
long and from where seemed unclear,
unimportant; one fact alone mattered
now-that body so well preserved

It was something Mandela did not fear. That was the secret of his unrelenting courage. It is a secret we all must learn: that we only start living when we die to our fears. Mandela walks into eternity with his head held high. Like Wole Soyinka mused in his poem, "Night", Mandela’s transition occurred


when night children haunt the earth
I must hear none! These misted cells will yet
Undo me; naked, unbidden, at Night's muted birth.

In the end, Mandela leaves a legacy far greater than all his detractors combined. His life was a force that was prepared to do everything necessary to attain freedom. As long as apartheid and racism existed, his job was to make them as untenable as possible. This is the noble ideal that most people lack the courage to pursue. Mandela pursued freedom at the cost of his own. He fought for liberty even when it meant that he was not going to see his family for 27 years. He rose when others chose it convenient to sit. He lived when others died many times before their actual deaths. Mandela has become a father of the world. The grand irony of it all is that, in his life , we see tenets of Christianity come alive. More alive than those who use this religion as a tool to reach unholy means. The (so-called) terrorist, communist and nation wrecker practiced Christianity as it should be, not as some culture deemed fit. It is refreshing to note that Christ himself was called similar names by the government of his time. He was called rabble rouser and troublemaker. Heck, he was crucified for being an insurrectionist. Rapper Nas said in his song, "You Can Hate Me Now", that


People fear what they don’t understand. Hate what they can’t conquer…

In the beginning, Mandela was misunderstood because he was feared. He was hated because of his indomitable spirit. However, he did not acquiesce himself to definitions thrown at him. He displaced them all with the best evidence in the court of life: the trajectory of his own life. It was said in apartheid South Africa that people did random things to go to prison so they could meet Nelson Mandela. At the beginning of his fights, Mandela experienced what David Diop described in his poem, "Close to You". It was like

Mandela is dead but he brings to life many questions that require immediate answers. Questions such as Why do we still tolerate the institutionalization of prejudice in our society?, Why do we make life difficult for people who are not like us? and Why do we care less about the plight of our fellow citizens?

His passing is yet another chance for the world to reach solutions for racism, that abhorrent forebear of apartheid. Even in this modern world, the ugliness of racism has managed to steal itself, like a rat, into the ship of progress. We witness nihilistic portrayals of prejudice among the human race. These are facts that continue to battle truths encapsulated in the vision that drove Mandela to become a man everyone wanted to meet. This is a moment of global soul-searching. We cannot claim progress if we tolerate the effluvium of fallacies that surround us: products from years past, long buried just under the surface. We cannot accommodate wrong and allow what is right to exist in difficulty. In the end, it is good that continues to inspire us. Evil might paralyze us, it might even kill us, but the power of good always prevails.

How can I end this? This is not an epilogue on the life and times of Nelson Mandela. It is a new beginning, a continuum of consciousness. What he lived for cannot die. It lives in the hearts of people whose hearts beat for change, whose eyes detect a better future. It is a light divine in its source and existence. This is a call to a better world. A world where no man will regard himself as either inferior or superior just because of skin color, race, origin and status. A world which the greatest men to have ever lived strove to bring into existence. Mandela is a reminder of our own potential for greatness. If he, an individual, could become a movement for change, then our communities and countries have no excuses to tolerate ugliness. He has become a lasting symbol, similar to what Christopher Okigbo mentioned in the poem, "Thunder Can Break". Mandela is like those


… iron birds
Held - fruit of flight - tight
For barricaded in iron handiwork a miracle caged.
Bring them out we say, bring them out
Faces and hands and feet,
The stories behind the myth, the plot
Which the ritual enacts.
Thunder can break –
Earth, bind me fast –

He is an indelible part of our consciousness as a race. His essence permeates our sense of fairness and confronts the accepted laziness with which we battle the ills of the world. Mandela’s life stands as a challenge to everyone to become a catalyst for change and to stand up to any kind of oppression. To him, anything of worth was worth fighting for. The beauty of Mandela’s life lay in its simplicity. By being everyone’s equal, he transcended the obstacles placed on him by his own society. Today, we remember his speeches and actions, but we can remember him best if we take a page from his approach to life. His speech during the trial that sent him to prison for 27 years contains the mantra of his illustrious life:

During my lifetime I have dedicated myself to this struggle of the African people. I have fought against white domination, and I have fought against black domination. I have cherished the ideal of a democratic and free society in which all persons live together in harmony and with equal opportunities. It is an ideal which I hope to live for and to achieve. But if needs be, it is an ideal for which I am prepared to die.


Prince Mensah is a contibuting editor to One Ghana, One Voice. You can watch Prince's video poem for Nelson Mandela here.

As I stand by my comments at Facebook, may I add a phrase that keeps popping up and down my memory: 'Magnificent report'