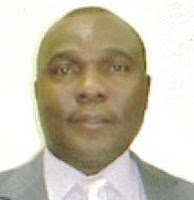 Roland Bankole Marke is the author of two collections of poetry: Teardrops Keep Falling and Silver Rain and Blizzard. His third book, Harvest of Hate, is a collection of stories and Essays. He has written scores of articles, commentaries and poems published around the world on print magazines, journals and on the Internet. He lives and writes in Florida, USA. His website is on: www.rolandmarke.com

1. How long have you been writing poetry?

I've been writing poetry for about 10 years.


2. Who are your favorite poets? Which poets have most informed and inspired your work?

My favorite poets are Willie James King, Wole Soyinka, Langston Hughes, Maya Angelou, Derek Walcott, Rita Dove, Alice Walker, William Shakespeare and Yusef Komunyakaa in order of preference. Willie James King, an African-American from Alabama, Wole Soyinka and Langston Hughes have influenced me the most. It was King who first saw the gift in me to write for publication and guided me to nurse that innate talent.


3. What do you hope to accomplish with your poetry?

My poetry speaks the language of global peace, whether it's in Africa, Iraq, Palestine or Pakistan. We are all God's children imbued with the gift of peace from above. But lust for power, greed or thirst to dominate others have eroded that peace. My poems address the short comings and pitfalls of humanity; perceiving the world through the prism of God and making the necessary change will restore sanity and a semblance of peace again.


4. Can you give us a brief update, from your perspective, on the state of Sierra Leonean poetry (or literature in general)?

Poetry in Sierra Leone is still developing at a rapid pace. Before the advent of the nation's civil war, poetry was the Cinderella here. In fact writing and publishing was left to foreigners, especially Nigerians. The war acted as a catalyst that goaded our people to became more expressive and vocal. Therefore, poetry has evolved a medium of communication, rationally expressing one's emotion and thoughts, free from violence.


5. Has living outside of Sierra Leone given you a new perspective on your homeland? If so, how?

Living outside SL has definitely given me a new lease on life. I see the world through a global lens and as a village community, where we can all meet and share our thoughts and culture, and celebrate our differences. The Internet has made communication accessible and affordable. Poets and writers around the world are in touch with each other on a regular basis. The world might seem so distant but we are much closer now than we ever thought before. I now appreciate my country much better, since there's no place like home. Culture shock and nostalgia can hit one pretty hard living abroad. But it is a gentle reminder that there is a place called home. And at home that is where the heart is buried in the cocoon of reality, family and happiness.

thanks for the sonnet. By the way did you intend to write a sonnet or it just turned out that way?

It's refreshing to see a poem on/about slavery. Africa's slave past is my favourite topic, and more often than not, writers concentrate on the colonial experience, rather than on our slave past(myself included).

I do believe though that we as Africans tend to blame Westerners without looking at our own contribution to that ghastly history. I mean long before the Middle Passage, Africans bought, sold and pawned their own people. True, Westerners brought a whole new dimension to the trade,even a paradigmatic shift to what was then our criminal justice systems, but it could not have happened without our own contribution.

Looking through any source material, it is clear that the kidnappers and raiders were Africans, and the captives never really met any white people until they reach the coast.

But I may be entirely wrong, and taking the meaning too far back. By the way the British abolished slavery in 1807, and the Americans, I believe, a year later. According to Kwame Anthony Appiah, it wasn't until 1908 or so that it was finally made illegal in some parts of the then Gold Coast, even though there had been earlier attempts. Today we celabrate every Emancipation Day every year without even examining our own part in this.